Power the Printer On and Off

Before turning on the printer, ensure that the power cord is plugged into the printer and wall outlet, and that the the power switch is in the off position. 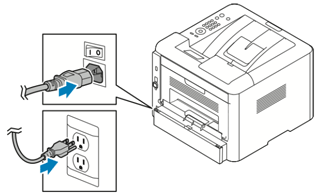 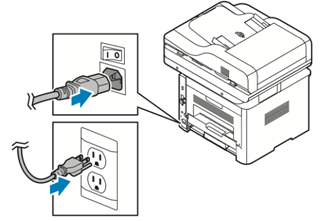 The printer has a power Down button on the control panel display and a power switch on the back-left side.